I posted my article “Why I Will Apologize at the WeHo Pride Parade” to Facebook and was surprised at how some Christians actually thought I was carrying out a plan derived from the very pit of Hell itself!

You must read the article, but in a nutshell, my strategy for engaging the West Hollywood homosexual community on Sunday is to start off my Gospel conversation with a heartfelt apology because some,  in the name of Christianity, have singled gays for some gross bullying. I will use my apology as a springboard for sharing the full counsel of God with the listener.

Though most understood and agreed with my tactic, others didn’t:

One man wrote: “Steve S…. For you to apologize to those who are haters of God and perverters of His ways is unimaginable… God’s laws are written on your heart and you know better. Shame on you for the shame and disgrace you bring His holy name!”

Then he finished with:

Have you been to a “Gay Pride” parade? Have you seen the gross perversion that is 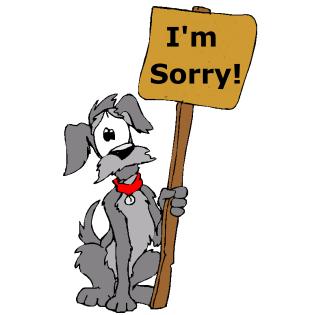 flaunted there? And shall you walk up and say,”Excuse me would you please stop performing [perverted acts] with that other man so I can apologize to you for all those bad things “Christians” have said about you?” Then you can tell them, “You can go back to mocking God when I’m finished!”The fact that you are a “pastor”, an Ambassador of Christ and one who presents the “Gospel” to others… The message you give people may well be the only hope in their life ever and if it’s anything than the true “Gospel” then woe to you because you will stand before God and be judged accordingly… Your responsibility is much more than those who don’t pastor or teach… And in light of full disclosure, you seem like a nice guy and very likable… But so is Bill Clinton. Love is choosing the highest good of another. In my subjective opinion, if you follow thru on your OP then I neither see you as loving the homosexuals, those who are observing you and you influence nor loving God. My advice would be to consider your ways and to proceed carefully… God’s loving kindness to you.

Another evangelist, from the East Coast who is very prominent in the news for getting arrested, expressed his disgust with this comment: Shame on you

One gay man joined the discussion, understood my purpose and affirmed it:

“Steve, I really appreciate this, it’s nice to see that there are those who preach who do care about us, who don’t refer to us in degrading language, who don’t accuse of causing hurricanes and tornadoes, who don’t start off saying “I love you” and then immediately berate us with “sodomite” and “fag”.“I don’t claim to represent the entire GLBTQ Community, but dude to dude, I appreciate your statement and your apology is completely accepted.”

A former member of our church who left years ago and is pursuing the gay lifestyle also understood my intentions:

“I know him personally and he has always treated me with kindness and love!  I might not agree with everything Pastor Steve says or does but he does his best to be like Jesus!”

The conclusion of the controversy? The “hardcore” evangelists did not agree with me. They want me to say the same things over and over and over again to a gay person who, in all likelihood, knows that they are living a sinful lifestyle. So this is how I closed the conversation:

“I think…that if I tell a person over and over again, “You’re going to Hell. Repent!” they will then understand it. Should I say this 7 times? 77 times? Perhaps, 7 x 70 times? Nah. I’ll tell them a few times then be their friend. Like Jesus. Thankfully, salvation is of the Lord!”

And a great brother in the Lord gave me my marching orders: “Pastor Steve P. Sanchez your last comment hit the nail on the head in this discussion. Salvation is of The Lord. And, obviously Pastor Steve has a good relationship with many different people that have posted on this thread. They know where Pastor Steve stands, yet they can still communicate with him peacefully. We are told to try and live peaceably among all men. Jesus was a friend of sinners and to think He knew the hearts of everyone around Him…. He is gracious and we should be too.”

What do you think?

Here’s my first YouTube video ever: An interview with a lesbian.