I WAS ESCORTED OUT OF A MEXICAN RESTAURANT last month, according to one eyewitness. 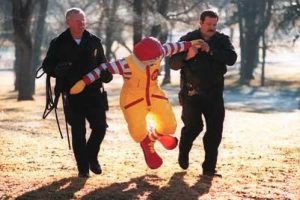 On the face of it, that’s pretty darn shocking. What in the world did I do to earn that ignominious boot? Stand on a table top and preach? Was I rough and rude with my server? Or, worse yet, did I leave a lousy tip?

None of the above. Here are the facts, ma’am:

1) I had lunch at a Mexican restaurant.

2) I was never escorted out.

But, that is the nature of rumors, isn’t it? There’s a little truth mixed in with a whole lotta fiction.

What really happened? I was having lunch with an atheist friend when our waiter came over and

very apologetically requested that we tone down our conversation because a neighboring booth had complained that we were being disruptive. We were stunned because we spoke at a normal level even though my lunch partner was wrong on every subject. “Please try and lower your voices,” he reminded again.

Before waiting another table I asked him, “Who complained?” He pointed across the room to a party of four, one of them a pastor here in Johnson City, a pastor of whom I considered a friend. The pastor got up from the table, looked over at me, nodded, and went away.

I told my atheist friend that the man who complained was the pastor of our local First Baptist Church, and that I had no idea why he did what he did. I stewed a little then let it go, paid the tab, left a generous tip and walked out of the restaurant.

A few weeks passed and I stopped in to visit the Pastor at his local antique-type shop in town, like I do on occasion. We talked about ministry and church life in general, then I brought up the restaurant incident. “So, what was that all about? Why did you complain to the waiter?”

The Pastor replied, “It was a joke. People don’t know that I have a very dry sense of humor. I complained to the waiter about you with a straight face hoping you’d come over and talk with me about it, but you didn’t. I thought I’d catch you in the parking lot, but you had already left.” 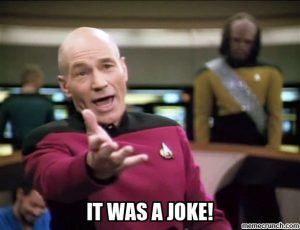 Apparently, someone who knows me in Johnson City saw the incident and told the story with some extra detail. A lot of extra detail.

Pastor Kiburn shared some of the many rumors that have been told of him, and I shared a few of my own. We both agreed that we need thick skin as pastors because whenever we are the topic of another’s conversation, we are always wrong. Always.

There’s an old story of a man who went about spreading rumors about the town’s pastor. He felt guilty about it and went to the pastor’s home to ask for forgiveness. The pastor said he would forgive him on one condition: that he would go home, take a feather pillow off his bed, cut it open and scatter the feathers into the wind. The man did so, and afterward, asked the pastor if he would now forgive him. “I will forgive you if you do one more thing.” The man agreed.  “Go outside and gather all the feathers.”

Just like rumors and gossip, it is as impossible to repair the damage done by words as it is to recover feathers in the wind.