SOMETHING HORRIBLE happened at our local Stripes convenience store: I gave the Gospel to three teens.

One of the teens went home and told his mom that I said he was going to Hell. This is something I rarely say, and I didn’t say to these teens. 99.9% of the time I ask this question: “If you died today, would you go to Heaven or Hell?”

Here is a similar conversation I had with a gaggle of giggling girls a few years back:

Well, the mom got mad and posted my name on Facebook saying that I told her son that he was going to Hell,  among other untrue things. Locals in our small town read the post and made all sorts of false accusations against me. Here’s a sample:

“He hangs out at the high school three or four times a week and evangelizes.”

“He scolded me for wearing my cheerleader outfit, saying that men will lust after me.” (Think about that one. If I had said that, then that means I would be one of those lustful men. Hey! I am rarely able to caution my two daughters about dressing modestly without a fight, much less a stranger!)

A local pastor in our small town told me he had been accused of adultery many times. “I just ignore the gossip,” he said. (A year ago there was a rumor that I got escorted out of a Mexican restaurant and our church got kicked out of a local street fair! Read about that here.)

An Elder at our church said that members of our congregation were upset about this incident and some were going to leave because of what I had done. What did I do? I shared the Gospel! I’m an equal opportunity Good News bearer. I see a person, I share my faith. I’m just trying to do what Jesus commanded: “Go into all the world and preach the gospel to all creation.” (Mark 16:15)

I contacted the mom and wanted an opportunity to chat, but got no answer.

John Wesley, that great preacher from the 18th century, who helped bring about The Great Awakening in America, would train up those who thought they were called to preach the Gospel. He would teach them, train them and send them out. 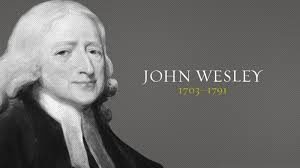 When they came back he would ask them 2 questions: “Did anyone get saved?” If they answered yes, he would keep them in his ministry.

If they answered no, he would ask them another question: “Did anyone get mad?”

If they answered no to this question he would tell them, “You are not called to the ministry.”

I did some soul-searching about this incident and after a few days I came to this conclusion: If I stopped sharing my faith, I would be denying the Lord who saved me. And I thought about this spiritual gift the Lord gave me, the gift nobody wants. When I exercise the gift of evangelism, (and, technically, it’s not a gift; it’s something every Christian is called to do), people get mad at me outside the church and inside the church.

I am ridiculed all day long; everyone mocks me.
Whenever I speak, I cry out proclaiming violence and destruction.
So the word of the Lord has brought me insult and reproach all day long. 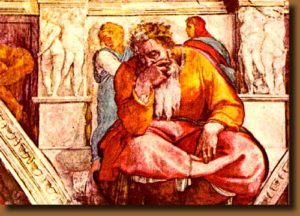 But if I say, “I will not mention his word or speak anymore in his name,”
his word is in my heart like a fire, a fire shut up in my bones.
I am weary of holding it in; indeed, I cannot. I hear many whispering,
“Terror on every side! Denounce him! Let’s denounce him!” (Jeremiah 20:7-10)

John Wesley tried an experiment: He chose to not talk about the things of God for two days unless he felt like it. This is what he learned:

1. “That I spoke to no one at all for [eighty] miles together; no not even to him who traveled with me [except for a few words as we started out];

2. “That I had no cross to bear or to take up, and commonly, in an hour or two, fell fast asleep;

3. “That I had much respect shown me wherever I came, everyone behaving to me as to a civil, good-natured gentleman.”

It’s easier to not share my faith. It’s a struggle, a burden and a cross. If I stopped evangelizing for two days, three, or more, I would probably convince myself that I didn’t need to do it at all. In fact, I’d be a lot more respectable in my community, in Christendom and beyond. 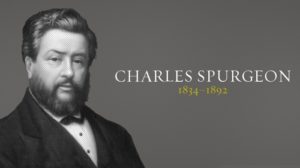 The following story has been attributed to him:

Someone came to Spurgeon one time and said, “Mr Spurgeon, if I believed as you do, I would not preach like you do. You say you believe that there are the elect, and yet you preach as if everybody can be saved.”

That is our marching order, and as far as I am concerned, until God gives me the roll call of the elect, I am going to preach the “whosoever will” gospel. That is the gospel we are to preach today. (Alas, it was discovered that it was J. Vernon McGee who quoted this illustration, but I digress….)

The point is, I don’t know who God will save, so I will randomly, at will, preach the gospel as I have been called to do by Christ’s command.

“Everyone who calls on the name of the Lord will be saved.”

Parents, if an evangelist “accosted” your kids, (that’s how one person described what I did), wouldn’t that be a good thing, even if you think that they are saved? It confirms their faith, it underlines their belief or betrays their unbelief; it helps you, mom and dad, to further your child in the nurture and admonition of the Lord.

Yes, Gospel preachers, talk to my kids! And thank you!

In this account of the three teens at Stripes, I asked them this question: “If you died today, would you go to Heaven or Hell?”

Their response? “I don’t know.” That gave me the green light to graciously, respectfully, and winsomely give them the Good News of eternal life. I did.

And, in addition to giving them the Bread of Life, I bought each of them their lunch.

***The following sermon explains the incident, gives biblical precedence for it, explains how persecution for the Gospel’s sake is normal, our church’s not-so-flattering history, congregants who may leave, how God builds his church and what my role as a pastor is. Oh! I also remind believers how normal Christians should live out their lives. Though spoken with grace, it may make some believers very uncomfortable.