The big controversy last week concerned the simulated beheading of President Trump by a celebrity—and the huge public outcry that ensued, especially from Christians. 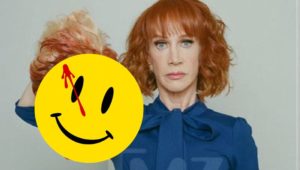 I’m always amazed at how sensitive believers are. Correct that. Overly sensitive. A liberal, radical, vulgar “comedienne” like Kathy Griffin does an outrageous, ridiculous, in-bad-taste publicity stunt, and she gets exactly what she wants, especially from the crowd she wants to irk the most. Then she apologizes, sheds crocodile tears, blames the current administration for attacking her, and then gains even greater ire…and notoriety!

Ten years ago she won an Emmy Award for Best Reality Program and said this: “A lot of people come up here and thank Jesus for this award. I want you to know that no one had less to do with this award than Jesus. S— it, Jesus. This award is my God now.” When asked about her speech backstage, she replied, “I hope I offended some people. I didn’t want to win the Emmy for nothing.”

Atheist is as atheist does.

Do we really expect non-believers to have the same values that we do, the same morals, the same tastes that we do? They worship an entirely different god who demands nothing from them, winks at their peccadilloes and allows them to murder babies in the womb.

C’mon, Christian, grow up. Let ’em be. If you must protest, elevate yourself above the fray; say something different, something compassionate, show unconditional love toward the most scurrilous. The more outrage you show, the less grace you display. The only fool is you. 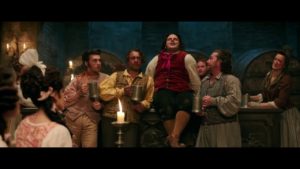 Christians helped Disney’s live action remake of “Beauty and the Beast” make half a billion dollars domestically because they protested one tiny little “gay scene” that would go over the heads of most 5-year-olds.

I like Jerry Seinfield’s response from a People interview:

“Yes, it was another bad joke. Every comedian tells bad jokes. We all do it. That’s how we find the good jokes. So someone told a bad joke—so what, I don’t understand the big deal.”

We live in a post-Christian nation in an increasingly anti-Christian world. Get used to it, Christ-follower. Live quietly, be a good neighbor and share the Gospel wherever you can. That will make a big difference.

And, please, save your finger-wagging for the neighbor’s kids.