“I’ve had great success being a total idiot.”

Jerry Lewis, the great comedian, actor and telethon host passed away on August 20 at the ripe old age of ninety-one, over two decades past what the Bible says is a good, long life: “Our days may come to seventy years, or eighty, if our strength endures; yet the best of them are but trouble and sorrow, for they quickly pass, and we fly away.” (Psalm 90:10)

When celebrities pass on, I’m always curious about whether they knew Jesus because I’d like to meet them someday in Heaven. Unfortunately, Joseph Levitch, (his real name), did not talk much about his religious beliefs or God, which may offer up a clue to his beliefs, or, non-beliefs. Where do you think Jerry was with God? 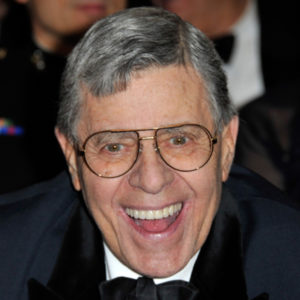 I did find an interview on YouTube where he talked quite a bit about faith with David Susskind in 1965. Concerning marrying his wife Patty, a Catholic, he said,

“I did not believe such a thing could work. I had recalled my upbringing from a very Orthodox Jewish faith. I was given to understand that you don’t even go near a Catholic Church. I married her and forced her to become a Jewess or I would not marry her.

And she was very happy to do it and she did. And I told her that I don’t want any crucifixes around the house. I don’t want to see any of those things. I was really a man; I was eighteen and a half. I really knew what it was all about. I laid down the law, knew everything.

“Then about ten years passed and I became the aggressor, I asked her to teach me. Very, very slowly for a 2 or 3 year period, I was learning. She would bring me things from church. Little things about the sermon that referred to our beautiful land of Israel and Moses on the Mount and Jesus and his teachings. And very subliminally she taught me all the beautiful things that there are to learn. She didn’t do it by design. But then I confronted her and said, ‘Is this a plan? I just realized, hey, you’re not trying to get me to move over are you honey?’

“She said, ‘No, I’m just waiting for you to grow up and enjoy the beautiful things around you and understand them.’

“Now I can go to church with Patty and sit there in complete comfort. Because she always reminds me that we are sitting in a church of Christ, a man, who were it not for circumstances, would have created a church of my people.” 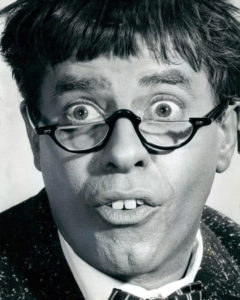 Susskind asked Lewis if he was a practicing Jew.

“Well, I wouldn’t say practicing. I am not by any means a religious man going to the synagogue as I should. Yet, I believe that religion is in your heart and I’m a very religious man. I think that religion is not something that you dress up and show people in a synagogue or a church. By your presence doesn’t spell out religion to me. I have a much more religious faction going for me in my heart, the way I think and believe: my talks to God, and His talks to me. I have five sons who were baptized at my request. I warned the priest not to spill any of that water on me because I’m a Jew.”

There was a quote he made from a 1973 muscular dystrophy telethon he hosted. While holding a child with the disease, he said, “God goofed, and it’s up to us to correct His mistakes.”

Regardless on whether Jerry believed or didn’t believe, he now knows because the Bible says, “Therefore God exalted [Jesus] to the highest place and gave him the name that is above every name, that at the name of Jesus every knee should bow, in heaven and on earth and under the earth, and every tongue acknowledge that Jesus Christ is Lord, to the glory of God the Father.” (Philippians 2:9-11)

“People hate me because I am a multifaceted, talented, wealthy, internationally famous genius.” —Jerry Lewis