Jeffrey Dahmer was a notorious mass murderer who killed seventeen young men, ate them, and stored various body parts in his refrigerator. The police ended up finding eleven corpses in his apartment. 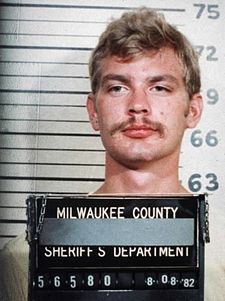 What kind of thinking leads to this type of behavior?

During an interview with MSNBC Dahmer explained: “I always believed the lie that evolution is truth, that we all just came from the slime and when we died, that was it, there is nothing. The whole theory cheapens life.” In other words, there was no accountability; he could do whatever he wanted.

Dahmer didn’t start out right away murdering people. He out started with small crimes and experimented with being cruel to animals, and it continued from there. After all, with an evolutionary mindset, it’s survival of the fittest; no one cares.

That must be a comforting thought, especially since our public school systems and college institutions teach this as truth.

But then what happened?

“I started reading books about how evolution is a complete lie. There’s no basis in science to uphold it. And I’ve since come to believe that the Lord Jesus Christ is the true Creator of the heavens and the earth; it didn’t just happen. And I’ve accepted him as my Lord and Savior, and I believe that I, and everyone else, will be accountable to him.

“If a person doesn’t think that there’s a God to be accountable to, then 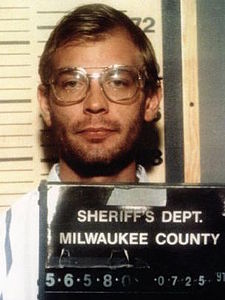 what’s the point of trying to modify your behavior and keep it within acceptable ranges? That’s how I thought anyway. I’ve since come to believe that the Lord Jesus Christ is truly God—the Father, the Son and the Holy Spirit—the only True God.”

Yes, in every one of us lies a little Jeffrey Dahmer.

Today you can be a new creation!

Dahmer was murdered in 1994 by a fellow inmate, beaten to death with a broom handle.