On July 6, 2016, my wife and I celebrated our 20th anniversary at the Cheesecake Factory in Austin and was waited on by a very gracious and professional server named Trey, who told me that he had good news: that he was getting married soon to his boyfriend. My wife and I said, “Congratulations.” 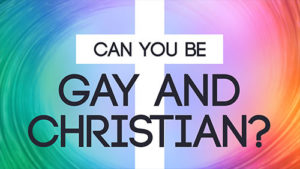 I wrote a post about the incident and it blew up!  (Read it here.) Though the vast majority of my Christian friends understood what my intent was, there were a few who missed the point entirely. What was my point? To be gracious to a member of the LGBTQ group. Christians for too long have made a big deal of homosexuality as if that was the only sin that mattered and believers have been an absolutely horrible witness in this post-Christian society with their judgmental attitudes, pointy fingers and furrowed brows. I understand that some may not want to say “Congratulations,” but don’t I have that right? That was the point. (By the way, if it should ever happen again, I will probably say, “I wish you well.”)

Flash forward one year. The Facebook app called “On This Day” reminded me of this post from a year ago. Of course, I posted it again. This time though, I tagged a few of my Facebook friends who are LGBTQ. Wow! Not only did I get clobbered by the judgmental Christians again, (no surprise), but also from the community I was trying to be gracious to. They also entirely missed the point, saying I was publicly shaming our server, that I was judgmental, and a few even used some family-unfriendly words and blasphemous memes to make their point. 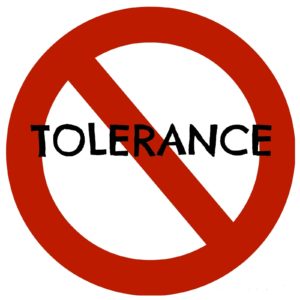 So much for tolerance and inclusiveness.

I consider myself to be a friend to all. I want Jesus to be reflected in everything I do. Still, I fall short as everyone does, but my over-arching purpose for writing that post and re-posting it, was to demonstrate what I  consider a better way to reach those who disagree with what I believe. I also try to do this with a good dose of humor. I’m not mad at anybody. I hate no one.

The big question, I suppose, is this: Can a person be LGBTQ and a Christian? 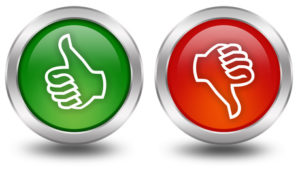 My answer: Yes and no.

Let me address the yes first: If someone becomes a Christian, that means that they have acknowledged that they are a sinner and have trusted in Jesus Christ for forgiveness by believing he died, was buried and on the third day rose again.

The easy part of having a relationship with God is believing in Jesus’ death as payment for our sins.

It’s hard to believe, because this isn’t just a static belief. “Static” means showing little or no change. With belief in Christ, change must happen.

You can believe that George Washington was the 1st president, but he won’t save you and can’t change you. Many people say they believe in Jesus Christ, but if there isn’t a life change accompanying that belief, you might as well believe on George Washington.

To believe means there must also be action on our part. With belief comes repentance! Repentance is not just saying “I’m sorry.” To repent means to change your mind and attitude about sin, so that you turn from your sin and turn toward God.

Here’s a simple illustration: There is a town in a remote portion of Canada called Wabush which was completely isolated for a long time. But a road was cut through the wilderness to reach it. Wabush now has one road leading into it, and the same road leading out.

If someone would travel the unpaved road for six to eight hours to get into Wabush, there is only one way he or she could leave—by turning around.

Each of us, by birth, arrives in a town called Sin. As in Wabush, there is only one way out—a road built by God himself. But in order to take that road, one must first turn around. 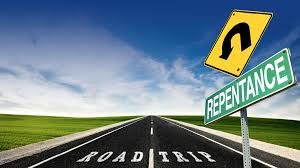 That complete about-face is what the Bible calls repentance, and without it, there’s no way out of town.

Sin means simply “missing the mark.” It’s a picture of an archer aiming for the perfect bulls-eye and missing by just-this-much. We all miss the mark and fall short of God’s perfection.

The Bible says “…for all have sinned and fall short of the glory of God…” (Romans 3:23) 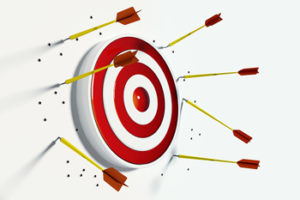 If an LGBTQ person believes and repents of their sin, they have been forgiven.

So yes, one can be LGBTQ and a Christian, if they have repented of the LGBTQ lifestyle. I will explain further below. But, first, here is what the bible says about some sins:

Don’t you realize that those who do wrong will not inherit the Kingdom of God? Don’t fool yourselves. Those who indulge in sexual sin, or who worship idols, or commit adultery, or are male prostitutes, or practice homosexuality, or are thieves, or greedy people, or drunkards, or are abusive, or cheat people—none of these will inherit the Kingdom of God. 1 Corinthians 6:9-11 (New Living Translation)

Yes, homosexuality is a sin, but it isn’t THE sin. But there does appear to be a greater significance in judgment when one engages in this sin. Here’s the only other Bible passage I will present:

The wrath of God is being revealed from heaven against all the godlessness and wickedness of people, who suppress the truth by their wickedness, 19 since what may be known about God is plain to them, because God has made it plain to them. 20 For since the creation of the world God’s invisible qualities—his eternal power and divine nature—have been clearly seen, being understood from what has been made, so that people are without excuse.

For although they knew God, they neither glorified him as God nor gave thanks to him, but their thinking became futile and their foolish hearts were darkened. 22 Although they claimed to be wise, they became fools 23 and exchanged the glory of the immortal God for images made to look like a mortal human being and birds and animals and reptiles.

Therefore God gave them over in the sinful desires of their hearts to sexual impurity for the degrading of their bodies with one another. 25 They exchanged the truth about God for a lie, and worshiped and served created things rather than the Creator—who is forever praised. Amen.

Because of this, God gave them over to shameful lusts. Even their women exchanged natural sexual relations for unnatural ones. 27 In the same way the men also abandoned natural relations with women and were inflamed with lust for one another. Men committed shameful acts with other men, and received in themselves the due penalty for their error. (Romans 1: 18-28)

So, yes, homosexuality is a sin, make no mistake about that.

You can reject that fact, make excuses for it, quote “bible scholars” who will explain it away, and defend it. But, in this passage, it’s pretty clear. And, yes, this is a passage that needs to be taken literally. (Some passages in the Bible are historical, metaphorical, apocalyptic, poetic, hyperbolic…but a great majority are to be taken at face value. Take it or leave it.)

An LGBTQ person can be a Christian only if they have believed in Jesus and repented of the lifestyle. This doesn’t mean that a person won’t struggle with that sin for the rest of their lives. They may fall horribly back into that sin. The question is this: Do they repent and earnestly try to follow Jesus? Or, is that person actively pursuing the homosexual lifestyle instead of Jesus?

Jesus said that you cannot see the Kingdom of Heaven unless you are born again. (John 3:3) That’s right. When you become a Christian, the Bible says that you are a new creation, the old is gone, the new has come. (2 Corinthians 5:17)

Let me repeat: An LGBTQ person can be a Christian only if they have trusted in Jesus and have repented of that lifestyle and are not actively engaged in it anymore. You may struggle and fight and be tempted, but are you struggling to live for Jesus and not for a sinful lifestyle? Do you identify as being gay or as a Christ follower?

Which brings us to the no part of my answer.

Hey, I love my gay friends. I don’t hate them just because they believe differently. But, I will tell the truth if they will hear it.

And then I’ll take them to dinner. I may be the nicest Christian they ever met. Yes, I want to put the word “fun” back into “fundamentalist.”