SHORTLY AFTER THE ELECTION A FACEBOOK FRIEND REBUKED THEN UNFRIENDED ME.

Admittedly, during the height of election fever I got carried away, posting clever memes that made fun of the candidate I wanted to lose. (Enjoy the samples on this post.) 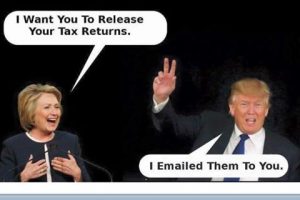 After the election I got particularly bugged by those misguided college babies protesting the election results and posted quite a bit of hilarity. 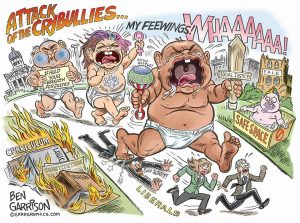 No, I wasn’t at my Christian best and wasn’t too pastoral either. Though nothing was too off-base and certainly not vulgar or obscene, I could have done better. 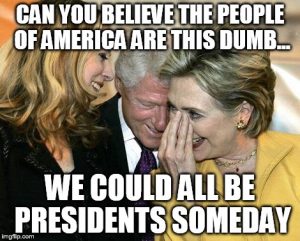 The devil made me do it?

My liberal Facebook friend saw this as an opportunity to scold me; here’s what he wrote:

“If you can’t understand why these people do the things they do then you haven’t had the same passion that they have had. Just because you write on people’s Facebook walls means absolutely nothing, but if you went out to Democratic or Republican headquarters, man the phone bank, knocked on doors and spent hours upon hours canvassing neighborhoods, then, and maybe then, you would understand how these people feel. So, the next time you have an issue that is important to you, get off your butt and start volunteering. Just because you post on a Facebook wall means absolutely nothing. I would bet you have never really had an issue that was important to you that would cause you to get out and get engaged.” 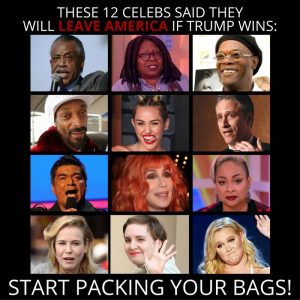 I got a little defensive and rode a mighty high horse when replying:

“When I engage I do so by preaching, actively preaching the gospel, sharing my faith, one on one, with Gospel tracts, and even sometimes preaching in the open air hoping to persuade people to consider the claims of Christ who can change hearts. 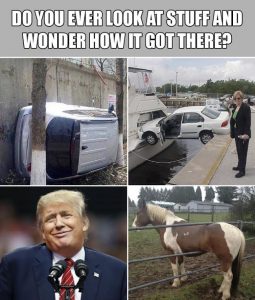 My hope is not in politics, though I did backslide for a few weeks, thinking it was. I’ve since mended my ways. For me, to man phone banks, canvas door-to-door and volunteer for a person’s campaign would be a waste of time. I put no hope in any man and trust that even my chosen candidate will disappoint me, in fact, I expect it. No, my trust is in Christ. I will canvass for him, man phones for him, volunteer for him. And I do.” 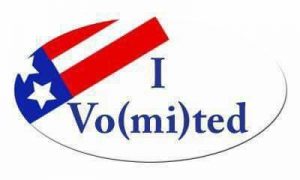 I was hoping for a further response but it was too little, too late. He was out of my Web life forever.

Perhaps in the next election I will keep my head and remember the One Who elected me. 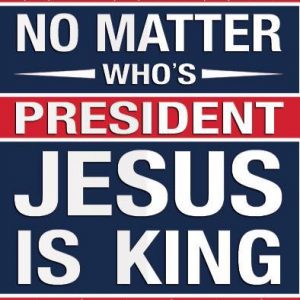