In light of the Supreme Court’s decision to redefine marriage today, here’s a re-post of an article I wrote back in 2006….

That was the ominous chant I heard twenty years ago on a news program from a pro-gay group called “Act-Up!” I didn’t think much about it then—after all, this was some strange, fringe, radical group that would never make an impact with their in-your-face methods. Boy, was I ever wrong! They’re here. I’m a Christian. What am I going to do about it?!

I ordered my coffee from the polite Barista at Starbucks and asked if he ever thought about where he would go when he died. “I don’t want to talk about this right now,” he said.

“Oh c’mon,” I pleaded with a smile. “Where do you think you would go, Heaven or Hell?”

In a voice just above a whisper I encouraged him to stay with me because it was very important that we find out. “Have you ever lied?”

He reluctantly nodded again, then said, “I really don’t want to talk about religion…”

At this point I admit to pushing the envelope a little. I thought about it afterward (I’m not sure I would do this again), but the reality of Hell compelled me, and I didn’t want this poor guy to go there. I looked behind me; no one was in line. I spoke in a firm whisper and stated the obvious, “Look. I haven’t paid you yet.” I smiled again. “You kinda have to talk with me.”

He conceded the point.

“Jesus said that if you look at a woman lustfully you have committed adultery already with her in your heart. Have you ever looked at a woman with lust?”

There was a too-long pause. The Barista hung his head and looked up at me from beneath his baseball cap. I repeated the question, “Have you ever looked at a woman with lust?”

He shook his head “no” ever so slightly, so none of his co-workers could see.

In an even softer voice—respecting his reluctance—I restated the question. “Have you ever looked at a man with lust?”

He nodded “yes” without looking me in the eye.

What do you think I did? Shake my head in disgust and walk away? Pay quickly and leave him to face God’s wrath alone when he dies? Laugh and roll my eyes?

What would Jesus do, indeed?

I’m not exactly sure what Jesus would do; I don’t think he drank coffee…maybe a Mocha Frapp? I do know that He wouldn’t condemn this man. He would never shake a finger in his face. He wouldn’t pull out his big, big, Bible with the ribbon bookmark and shout, “Leviticus 18 says, ‘Thou shalt not lie with a male as one lies with a female; it is an abomination!’” He wouldn’t wear a Christian “hate” T-shirt either. Nor organize rallies against…against…against….

Why wouldn’t Jesus do these things? Jesus came to seek and to save that which was lost. For God did not send His Son into the world to condemn the world, but to save the world through Him.

Is homosexuality a sin? You bet it is. But so is heterosexual immorality—so is lying, stealing, murder and blasphemy. God won’t send Mr. Barista to Hell for being gay; he’ll send him there because he has broken God’s commandments, sinned against God, and has rejected Jesus Christ as the only sacrifice for his sins.

That’s why I pushed the envelope in a respectful, gentle—yet insistent way. That’s why I wasn’t thrown off my game plan. And that’s why I asked him the very next question without missing a beat: “Have you ever used God’s name in vain?”

“Then you’re missing your Messiah.” I told him to please consider what I said as I paid for my coffee and thanked him for listening. He admitted that the conversation was not that bad.

Because I’d like him to be attracted to another man: the God-man, Jesus. 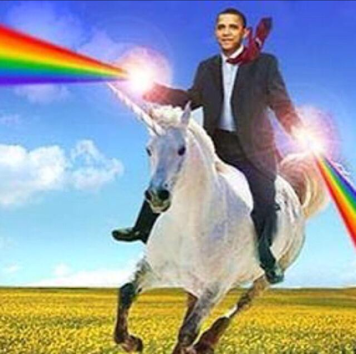