Every day my alarm goes off at 6:17PM to remind me to pray for a list of people who need the Lord.

Because that verse is where Elisha prayed to the Lord that he would open his servant’s eyes when they were overwhelmed by God’s enemies.

His servant was panicked because the Syrians had surrounded them with an army of horses and chariots.
But Elisha, trusting in the Lord, said this: “Don’t be afraid. Those who are with us are more than those who are with them.

Then he prayed the 6:17 prayer. What happened next?

“Then the Lord opened the servant’s eyes, and he looked and saw the hills full of horses and chariots of fire all around Elisha.”

How often do we fret and panic and worry because of a loved one who is blinded by Satan?

On my list, I have hardened atheists, backslidden friends, those living sinful lifestyles, obstinate sons and wives, and my own loved ones…and many more. Pray for them. Pray that God opens their eyes. Pray that God removes the scales so that they may see his glory.

We must pray. We must trust. We must persevere on their behalf until the Lord answers.

“DID YOU HAVE A HAND IN THE PLANNING OF YOUR DAUGHTER’S ENGAGEMENT?”

After DD’s boyfriend Zach proposed to DD on the south rim of the Grand Canyon, a few people asked if I was involved.

Back in January I met with Zach for lunch to ask him his intentions concerning DD. I stressed that I had raised her as a Christian with Biblical morality, and that I expected him to continue that course. He agreed…then asked for my permission to marry her.

I’ve watched Zach’s life over the past year and was impressed that he is a man of integrity, a leader, and that he would be a great husband for my firstborn.

I granted him permission wholeheartedly with one condition: that he would not wait too long because temptation sometimes gets the best of even the most committed couples.

Flash forward to May.

I met up with Zach before DD’s graduation to change my clothes in his apartment before heading over to the Baylor football stadium. He pulled me aside to show me a beautiful diamond ring. I asked when he thought he would propose. He had a number of options but decided that our upcoming trip to the Grand Canyon would be best.

At the South Rim, Zac and I went to the restroom after taking photos and before we all went hiking. Pulling out the ring, he said he was ready. We walked until we found the perfect place.

We saw a beautiful secluded spot. DD and Zach walked to the edge of the Canyon while my other daughter Laurel and I followed behind like chaperones from the 1800’s. Then I offered a subtly loud hint: “BOY, THIS SURE IS A BEAUTIFUL SECLUDED SPOT!!!

A few seconds later, he dropped to his knee. The rest is history.

The only bummer part of that day was when my other daughter Laurel said, “Don’t expect that from me for another 20 years, dad.” 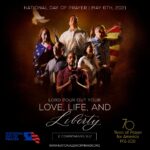 Some potted plants went missing from a local restaurant’s sidewalk. The owner used to put them outside on the sidewalk for decorations, but after this recent theft, not anymore. He has noticed that things were changing in Johnson City.

A few years years ago, an Airstream dealer next to the Pedernales River was busted for “theft by deception” and was wanted in Arizona for the kidnaping and sexual assault of a child.

And, don’t forget about the just-passing-through people, like the knuckleheads from California who were busted with 103 pounds of marijuana in their car by Johnson City’s Finest!These were just some of the local incidents that have rocked our little town.

Not to worry though. According to AreaVibes, a website that helps people find the best places to live in America, Johnson City rates an A+. The schools also rate A+.

Still, Austin is getting ever-nearer from the East with Alamo City creeping in from the south. With big city growth comes big city problems. I know. I used to live in a big city.

Our little bit of Mayberry may not last forever but I do know how we can stave off the inevitable, for perhaps a few more years.

We all must pull together in this and does not involve building a wall on Highways 290 and 281, nor do we need to load our deer rifles with extra rounds. We certainly don’t have to panic either.

END_OF_DOCUMENT_TOKEN_TO_BE_REPLACED

Ira Einhorn hosted the first Earth Day event on April 22, 1970. Police raided his closet seven years later and found the “composted” body of his ex-girlfriend inside a trunk.

Pope Francis said, “We see these natural tragedies, which are the Earth’s response to our maltreatment. We have sinned against the Earth, against our neighbor and, in the end, against the creator.”

Then-candidate Joe Biden, at a 2020 fundraiser, declared, “COVID…is a wake up call to action to climate change overall and to climate justice.

“I’m not against preserving the earth; I am against worshiping it.

The earth has no feelings, we cannot sin against it, it does not think about the things we do and doesn’t mete out retribution nor create wake-up calls.

END_OF_DOCUMENT_TOKEN_TO_BE_REPLACED

A well-intentioned friend was concerned that I shared too much in my monthly emails and that it might be better to be less honest about my struggles. Initially, I agreed, but upon further reflection, I thought that would be the wrong way to go.

The whole purpose of a newsletter, after all, is to have family and friends pray for my struggles. What may seem like over-sharing to some is genuine, heart-felt need for me. The setbacks and disappointments are a part of ministry life and it would do no good to put on a happy face and say everything is fine when it isn’t. I value my readers’ prayers, concern, love and interest for my family’s well-being.

Before we moved to Texas to start a new church, the son of my pastor in California sent me off with these prophetic words when I mentioned to him that, perhaps, this endeavor might go without many problems. “It’s my general understanding that these things never go easy,” he replied.

And, he was right!