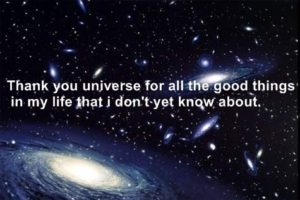 The Babylon Bee reported that “local atheist Hal Woodring is preparing his heart to humbly show gratitude to the cold, mechanical processes that randomly led to mankind’s existence and his own fleeting life this Thanksgiving, sources confirmed Friday. Woodring plans to bow his head silently before partaking in his family’s extravagant Thanksgiving feast Thursday evening to give thanks to the meaningless, cold, inconsequential universe for preserving him and allowing him to partake in its bounty. His family members report that he does this every Thanksgiving, pausing to thank the meaningless, vast, and ancient universe that doesn’t care at all whether they live or die.”

Religion News Service reports that atheists and the non-religious have a Thanksgiving called “secular grace” which invokes no deity and has no spirituality, yet it still fulfills a need. 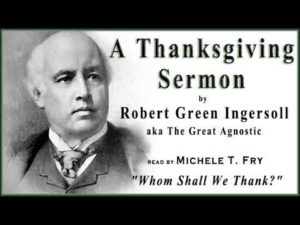 “Unitarian-Universalists and adherents of other nontheistic faiths have said godless blessings for years, and Robert Ingersoll, ‘the Great Agnostic,’ gave a Thanksgiving sermon in 1897 in which he thanked scientists, artists, statesmen, mothers, fathers, poets and just about everybody except God. Secular grace typically recognizes the animals who gave their lives for the feast, the people who prepared the meal and even the elements of nature that contributed to it — earth, water, fire and air.”

This type of “gratitude” reminds me of what the Apostle Paul said: “They exchanged the truth about God for a lie, and worshiped and served created things rather than the Creator.…”

God has given Americans so much compared to everyone else in the world. A Forbes article reported that the poorest 5% in the U.S. is equal to the richest 5% in India.

Having trouble thanking God for something? Think: Did you eat today? (How’s that waistline?) 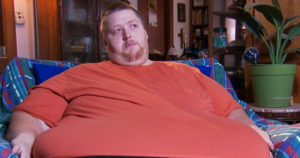 Do you have a home? Are you wearing clothes? Are you a fashionista? Do you have toys, junk, lots of things and no space to store it? Someone said, “You never know how much you have to be thankful for until you pay taxes on it.”

American Christians should be the most thankful of all since we really do have the best of both worlds, materially and spiritually. If you’re a Texan Christian, you should be even more thankful because people leave you alone. And you own guns. If you’re a believer in Jesus you have everything you need for life and godliness; you’re blessed with every spiritual blessing. Your sins are forgiven; your future is Heaven. Not only that, you have a relationship with God now, whereas before, you were his enemy.

We take a lot for granted, and, truthfully, we’re not very thankful, so we need to cultivate an attitude of gratitude. “Some people are always grumbling because roses have thorns,” said Alphonse Karr. “I am thankful that thorns have roses.”

Robert Louis Stevenson wrote “The person who has stopped being thankful has fallen asleep in life.”

Have you fallen asleep? Wake up and understand that everything you have is a gift from God including life and breath and everything else. Even your very faith is a gift. “For it is by grace you have been saved, through faith—and this is not from yourselves, it is the gift of God—not by works, so that no one can boast.”

If you are a person of no thanks, turn it around and “Know Thanks.”