This Saturday we are making incursions into seven Starbucks within a five mile radius. The map is drawn and the team will be ready. 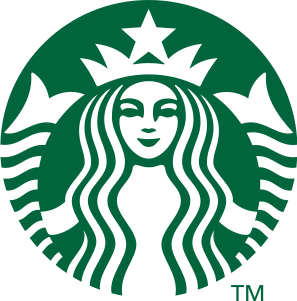 They will go in, hand out as many Gospel tracts as possible to the patrons and the barristas, possibly even having a conversation or two, then head out of the store without buying a cup of coffee. (They may ask for a cup of water, though.)

Why are we doing this?

Here’s the reason, from a post from a few weeks ago:

Starbucks founder Howard Schultz made this comment recently to a shareholder: “You can sell your shares of Starbucks and buy shares in another company. Thank

Because the shareholder doesn’t share the same liberal values as Mr. Schultz. According to the Washington Post:

…the shareholder in question was Thomas Strobhar, the founder of the Corporate Morality Action Center, which states that its mission is to challenge corporations on issues like gay marriage, abortion and pornography. Last year Starbucks’ endorsed a Washington state bill to legalize same-sex marriage, which prompted the National Organization for Marriage to organize a boycott of the coffee behemoth. So in last week’s meeting, Strobhar criticized Starbuck’s endorsement for hurting sales and profits in the first quarter of 2012.

Since he doesn’t like Christian morality, but will be judged by the Christian God, we wanted to give his patrons and laborers a fighting chance for Heaven.

Our team will enjoy coffee at another coffee establishment.

Meet at Hope Chapel at noon to carpool and to get the maps.

Now read of the ex-homosexual who has become an evangelist and has since dumped his daily dose of Starbucks coffee.

Milwaukee, Wisconsin – An ex-homosexual who now serves as an

evangelist states that he has decided to join the boycott against the coffee king Starbucks following recent remarks made by CEO Howard Schultz regarding the company’s support of homosexual “marriage.”

“It’s an unGodly, Christ-hating position,” he said of Schultz’s comments.

Robert Breaud of Wisconsin told Christian News Network that he had been involved in the homosexual lifestyle until his 30′s, but has served Christ now for nearly 20 years.

“I basically got my fill of the emptiness of sin,” he said. “I was never happy, never filled, never satisfied with male-to-male relationships.” Click here to read the rest.