I started my commitment today to invite ten people a day, five days a week, to Hope Chapel Hill Country​. Also, to engage in one Gospel-centered conversation each day as well.

I do this primarily by handing out a Gospel tract, (usually a trillion dollar bill or a Giant $100), along with a flyer containing our church info on it. I got a little out of the habit because, frankly, it is labor, at times humiliating, and, well, sometimes I just didn’t want to do it. The interesting thing is, more people visited when I handed out the invitations. 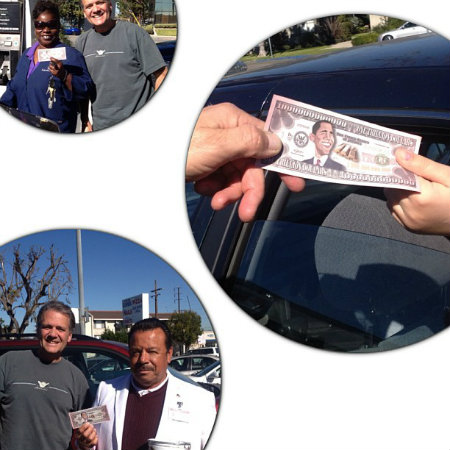 The vast majority of the visitors we have had–over 140 of them since opening January 5, 2013–did not come as a result of my inviting them. I believe that they came because God was sending them independent of my actions. I did the inviting, but God brought those He wanted. When I slowed down, he did, too.

Coincidence? I don’t think so. Christ said that He will build His church.

I just want to do my part.