I GOT MY MONEY BACK FOR THE FIVE TICKETS I BOUGHT FOR NOAH, the movie.

Here’s why in 6 points. (But make sure you read the other two links at the bottom as well.)

1) I knew going in that it was unbiblical. That was not my issue. But it’s not only unbiblical, it’s laughably unbiblical: the only similarities between the Bible’s account and this film were these: guy with beard that never grows, (nor his sons’ beards) builds an ark and a flood happens, wiping out the human race. (No wonder…It was based on Gnostic and Kabbalh teachings! See link below.) 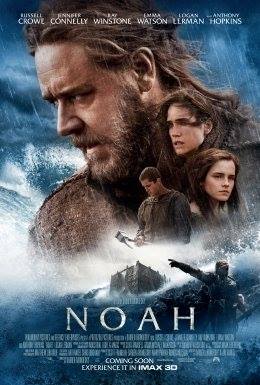 2) Russell Crowe’s emotions run the gamut from anger to confused and back again with no in-between.

3) The plot was incoherent. Silly even. It was as if a college film student was given $130 million and was told, “Make a biblical epic just like the “Lord of the Rings.”

4) My 12-year-old kept asking me how long the film was and kept looking at the time. Methuselah would’ve been bored, even if he had some berries to munch on. (Don’t ask. A silly plot point.)

5) Yes, the visuals were great. But you can get those from a kaleidoscope for a buck.

6) Speed tears. I remarked to my 14-year-old that those tears cried were very fast. I wonder if they were CGI drops? Did they use Super Onion Powder in their eyes?

I ended up asking for my money back after it was over. I have never done this, but the film was so horrific, I had to. I simply asked the manager and he suggested that I get my money back. I expected to get credit. The lady cheerfully refunded the money, nodding in agreement that the film was bad. My conscience is clear. I didn’t demand it; I simply asked nicely. Smiled even. 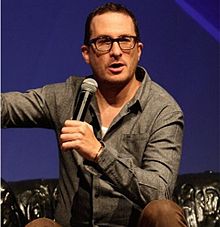 P.S. I couldn’t shake the feeling that the director, Darren Aronofsky, an atheist), was mocking Christians. In fact, he was. In essence, the film portrayed Noah as the “seed of the serpent” because this movie was based on Gnostic and Kaballah tradition. Read this illuminating article by Dr. Brian Mattson that proves Darren Aronofsky has made fools of all Christians who loved this movie. Read it…and weep: http://drbrianmattson.com/journal/2014/3/31/sympathy-for-the-devil

P.P.S. And this review is hilarious: “I’m a Christian and I Think Noah Deserves a 4 Star Review” http://themattwalshblog.com/2014/03/29/im-a-christian-and-i-think-noah-deserves-a-four-star-review/