My friend Linda Bush took our evangelism class for the first time way back in 2007. She is relatively shy and unassuming… and if you knew her, you would never think that she would ever do something like this: share her faith in front of a strip club! But she did. And she faithfully prayed against this club. I just read an email from her today about God’s faithfulness. Please read her testimony—posted at this blog in June 2007—and rejoice in the happy ending!

When I was in [the evangelism] class the Holy Spirit gave me the perfect place to hand out my Million-Dollar bill Gospel tracts. I have prayed many times that the Lord would burn this place to the ground because it is near my home. He gently said “Linda, they will just build another one!” Yes Lord, you are right. So it did not surprise me when I was told that a topless club called the “Wild Goose” was where God wanted me to hand out my tracts.

I was afraid that if I did not do it right away I would not do what I clearly knew I was to do for God; then I would feel awful for a very long time. So the day after class I went to the “Wild Goose.” I parked my car on the street because I did not want to be in that parking lot with my car.

I saw one man near the entrance talking on a cell phone, smoking a cigarette. I started to approach him but he turned his back to me and walked away. Then a man came out the front door right toward me. “Did you get one of these?” I asked. “No,” he replied and took the bill from my hand. “I got one of these a very long time ago.” He looked closely at the bill then handed it back to me.

The man on the cell phone returned and asked if I needed something. “No, but did you get one of these?” I handed him a bill. He began to mock the idea of a million dollars equaling something religious. Okay, I thought, here goes. “May I ask you the million dollar question?” “Sure,” he replied. [If you died today would you go to Heaven or Hell?]” I began to go through the witnessing technique with him when another man came out the front door of the “Goose”. I turned and gave him a million dollar bill, too.

“HA HA… a million dollars, huh? Thanks!” He walked off to his car.

I continued to talk with the cell phone man when the front door opened again. “Did you get one of these?” I asked.

The cell phone man said, “That’s the same guy! Your memory is really bad, isn’t it lady?” I did not respond to his question but continued to ask him questions about what he believed. He gave me back my bill and walked away.

At this point I started thinking. The same guy? He must have gone back inside after I approached him the first time. I figured I had given one bill away so it was time for me to leave. I got to my car in time to see two big bouncers coming out the front door. They didn’t know what my car looked like so I drove right past them! As I turned the corner a big smile broke out on my face. Ha, Ha on you! I was on the enemy’s front door!

Dear Steve,
This is a photo of the property where the “Wild Goose” strip club once stood! For years I prayed that place would close. 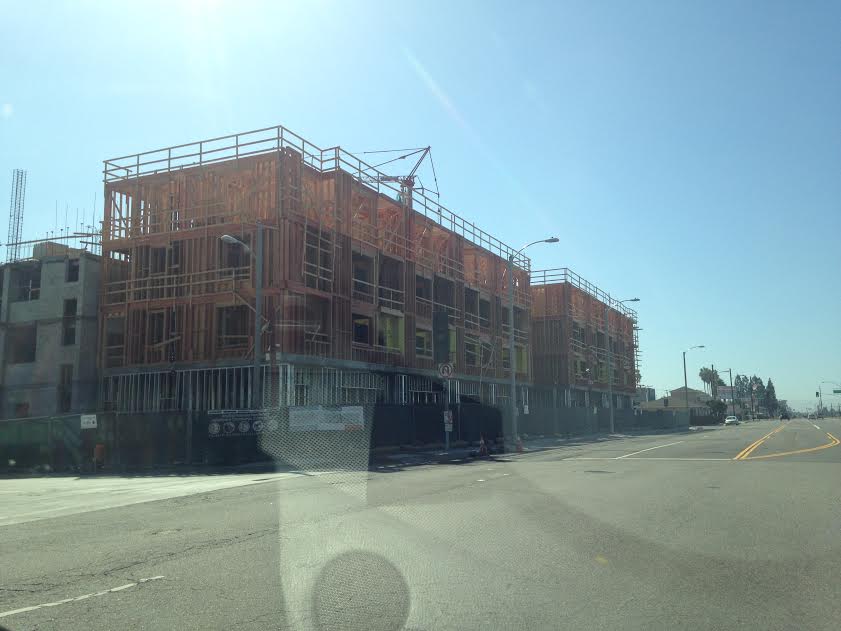 When I took your evangelism class the Holy Spirit sent me there to witness. Now after all these years of praying it is gone! I thought you would rejoice with me because you would remember.

Some day we shall understand that God has a reason in every NO which He speaks through the slow movement of life. Somehow God makes up to us. How often, when His people are worrying and perplexing themselves about their prayers not being answered, is God answering them in a far richer way! Glimpses of this we see occasionally, but the full revelation of it remains for the future. —Streams in the Desert