The evangelism team attended the “Violence Against Women Protest,” a largely anti-capitalist, anti-men, anti-American rally that made their case known by shouting, screaming, yelling and shrieking.

The only thing they were for was the murder of the unborn.

God gave me the presence of mind to pack about three hundred 180Movie DVDs before the event and another 600 pro-life tracts that are disguised as World War 2 Trivia.

Then we hijacked the protest. 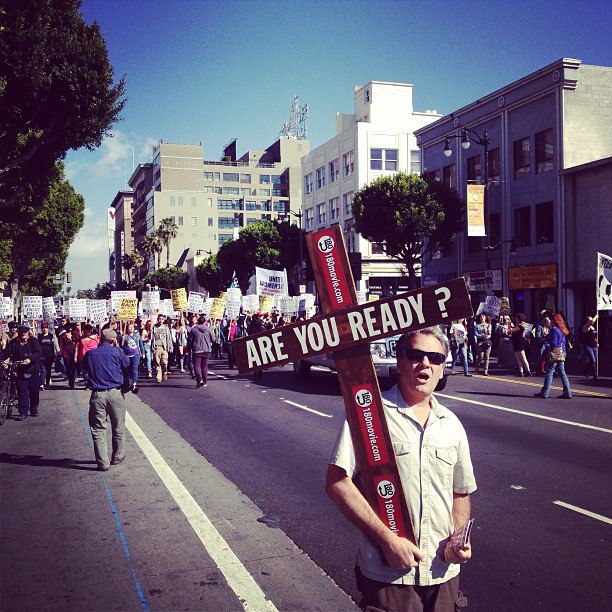 I walked fifty yards ahead of the angry mob who chanted their “Womens’ rights” slogans while carrying a cross. I decided to affix the 180Movie.com stickers to the cross when I noticed many photographers—probably from alternative publications—shooting me and the rest of the team as we held it up high.

A secondary team passed out our covert pro-life tracts to all the spectators—and nearly everyone took them! Why? We simply announced that they contained info on “Womens’ rights issues.”

A baby woman’s right to live.

Watch a man call me a Nazi because I
stood up for the unborn by clicking here.