I was thinking about what my life used to be like before I moved to Texas to plant a church and thought about how much my priorities have changed since arriving in Dripping Springs on September 29, 2013. One of my favorite things to do was preach in the open air regularly.

It has been six months since I have done so.

The first time I ever preached “on-the-box” in the open air was with Ray Comfort in Huntington Beach. 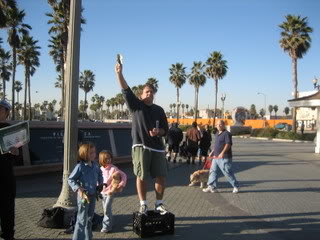 The last time I preached “on the box”  in the open-air was with Ray Comfort in Newport Beach. In fact, it was a Golden Box, made as a going-away present. 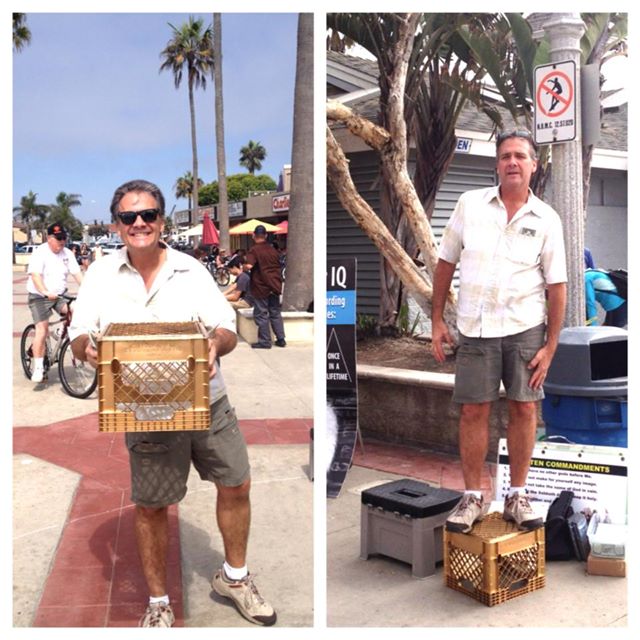 Do I still think preaching in the open air is valid when sharing the Gospel? Of course.

I still agree with my mentor, Charles Spurgeon:

No sort of defense is needed for preaching out of doors; but it would need very potent arguments to prove that a man had done his duty who has never preached beyond the walls of his meeting house.

My life and responsibilities have changed.

It’s one thing to be the Pastor of Evangelism in L.A. at a large church in a metropolitan area with a population of thirteen million, quite another to be the pastor of a Texas church plant in a town of less than 2,000. (There are 40,000 in the surrounding countryside, though).

But I still share my faith. Nearly everyday. Now I do it primarily with Gospel tracts and personal conversations, accompanied by an invitation to Hope Chapel Hill Country.

I was enjoying my 55th birthday celebration with my family as we visited San Antonio a few days ago. We stopped at the Alamo and saw hundreds of people in line. I looked around, blinked, and imagined that I was back on Hollywood Blvd., preaching to the hundreds milling about Grauman’s Chinese Theater, looking at the celebrity hand prints. Oh, how I enjoyed preaching there. The area surrounding the Alamo looks almost exactly like Hollywood Blvd.! (See my interview with The Joker on Hollywood Blvd., below.)

I thought about how I used to preach at the American Idol Finals, the NBA Finals, the Academy Awards, USC football games, the Lakers Victory Parade, Doo-Dah Parade, Tournament of Roses Parade and the Long Beach Veterans Day Parade (below).

I looked at my wife and kids and asked if they would mind, as a special birthday present, if I preached to that line. They said it was okay.

I planned on doing it a little later.

After a thoroughly enjoyable day touring the town on a double-decker bus, we dismounted the steps. 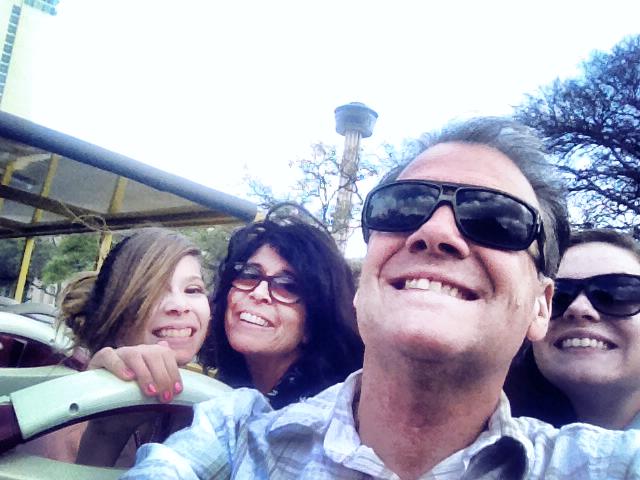 I then remembered the Alamo, but it was too late: The crowds were gone.

Next time, I thought to myself, next time.