Many of you know that I have been an ardent evangelist for over ten years and am unafraid and unashamed of the Gospel. I can handle curses, bottles hurled at me, insults and the occasional punch thrown in my direction. (You can verify all this by searching this blog.) So, what I am about to say is not done out of cowardice, appeasement or liberalism, but out of love. 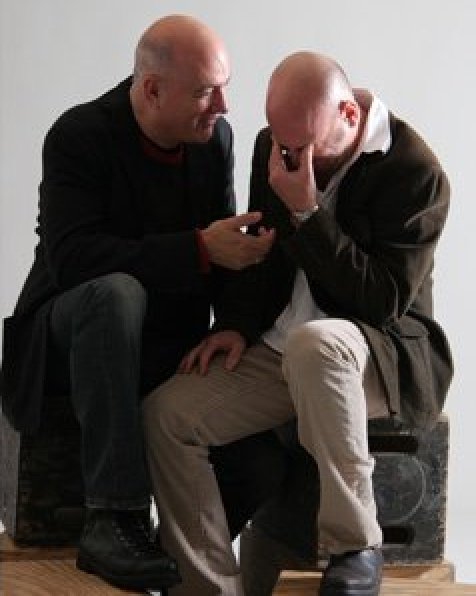 Awhile ago I posted what I thought was a humorous article called “The Gospel According to Led Zeppelin” using one of their own songs to show that they thought that they were good people and could earn their way into Heaven. I used a few of their song titles in the post as allusions, metaphors and puns to make my point.

I posted it on Facebook and got the predictable tepid response when adding a link to an outside source, especially if it’s something I wrote.

But, then everything changed.

I noticed 30 comments. Then 50. Then 70+. Wow! Were that many people truly interested in my whimsical opinion of the state of Zep’s soul?

An atheist weighed in with a trollish comment and derailed everything.

Now, I love atheists. I love unbelievers. I love anyone who identifies as LGBPTTQQIIAA+3.165. In fact, I try to love any person, especially if they don’t agree with me or believe what I believe.

And there’s the rub.

About 90% of the comments on my Facebook post were totally unrelated to what I wrote, but devolved into a tit for tat argument against one atheist’s opinion.

My humble suggestion to believers who read this: Stop acting like know-it-alls, inquisitors and Pharisees. Be nice. You don’t have to argue your point ad nauseam to a deaf, dumb and blind person, especially on a post that was not designed for that.

You were baited. You were teased. Trolled. Punked. Gotcha-d!

When other unbelievers read all your multitudes of “evangelistic” comments, it sounds like a verbal dog pile.

Of course, you are right. You have the truth. God has opened your heart to the good news of Jesus saving sinners from their sins by his death, burial and resurrection. Why argue? A fact is a fact.

By the way, isn’t it God who saves anyway?

I’m not saying you shouldn’t be evangelistic, but try to be a friend as well, even with a trolling unbeliever.

Now, for my rebuke: Re-read the above.

Here’s a tool. You can watch it right now. It’s a documentary about the curious friendship between militant atheist Christopher Hitchens and solidly fundamental pastor Douglas Wilson. It’s called “Collision.”

They vehemently disagreed about spiritual matters, yet remained good friends until Hitchens’ death. They will never see each other again, but Wilson made the best of the time he had with his atheist friend.

Please try and do the same.

And stay on topic.

Post Script: What inspired me to write this was a friend I hadn’t seen in over 30 years unfriended me because of this “well-intentioned” Christian discussion. I was reconnecting with him on Facebook, but all the negative comments on the Led Zep post, not the post itself, turned him off. And, yes, he is an unbeliever. (I did, however, convince him to “friend” me again.)

Also, you may notice the subtle gospel presentation in this post. And, if you read the original Led Zep post, there is another Gospel message hidden in the humor. Why argue? Just send the link to your friends and wait for the response.

What fellowship does light have with darkness.. we are not called to make friends we are called to make disciples..it wouldn’t be worth it to me if He never made it in.. Jesus never went around making friends with everybody.. He went about preaching and teaching the kingdom.. He said he who is not with me is against me and he that does not gather with me scatters. proverbs says depart from an evil man when you since not the wisdom of God in him. Those that didn’t believe couldnt hang simple as that.. maybe not by Christ own Choice or desire, but when your on a mission from heaven and unwilling to compromise what you believe, people recognize it and stay away.. which explains why Jesus lost so many disciples.. Id rather be like Jesus!